Centre for Genetics of the Polish Federation of Cattle Breeders and Dairy Farmers introduced Polish Economic Index in official December 2019 evaluation. The Economic Index (IE) created for the Polish Holstein-Friesian cattle is a total breeding value of the individual. Economic weights were derived based on the national conditions. The IE index enables selection of  both males and females, which focus on maximizing profits from genetic progress. Current form of IE consists of the following traits: fat yield, protein yield, milk yield, somatic cell score, days open, heifer conception rate, cow conception rate, longevity, stature, udder, feet and legs. Economic Index is expressed in monetary units (PLN) and allow for comparison of profits from milk production in relation to the single lactation. Values of IE are accompanied by their relabilities.

The basic characteristic of the current version of the index is described below.

Economic responses (PLN/per year) to selection on Economic Index. “Survival plus” is a sum of survival, udder, overall feet and legs because the economic values of these traits are based on their effects on cow culling rates. 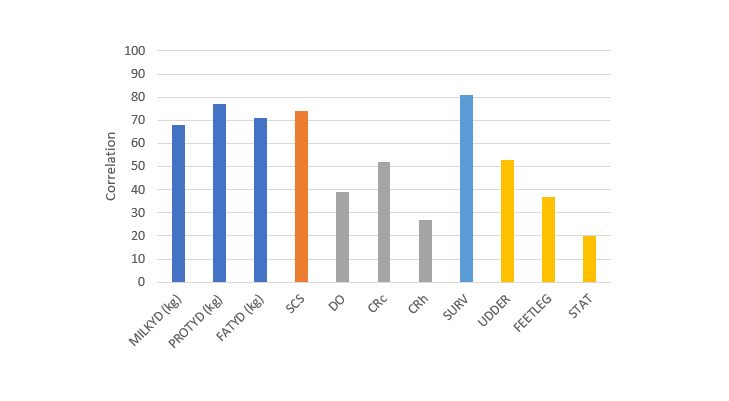 Average standardized EBVs of the top 10% of bulls according to the Economic Index. 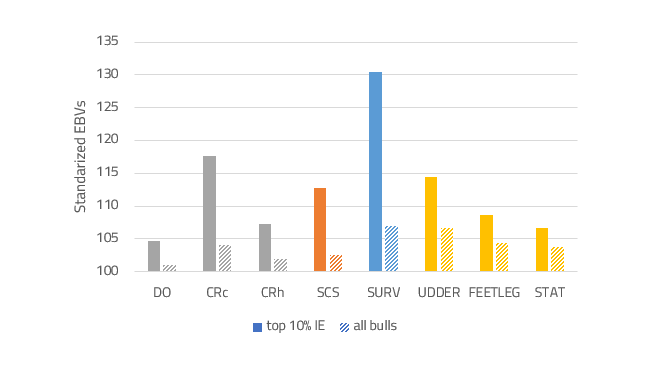 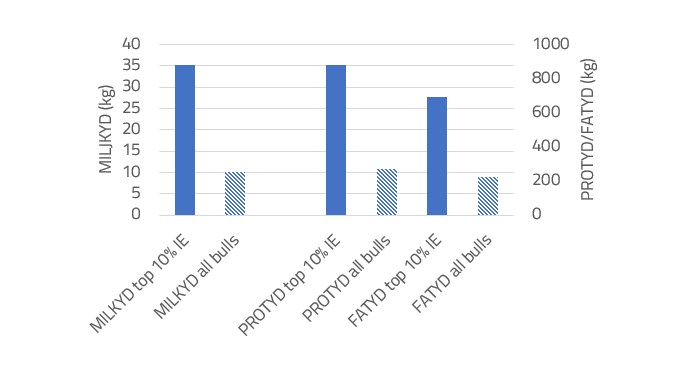 The most important benefits for the breeder from the implementation of the Economic Index are: